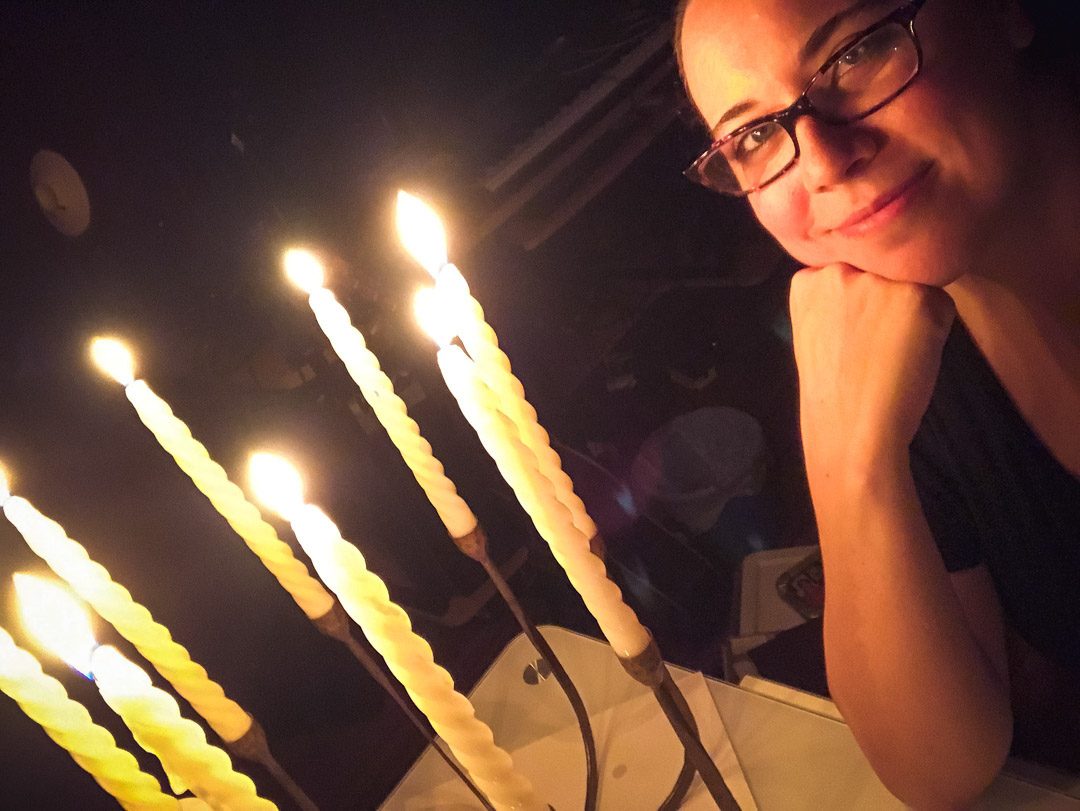 This week started like any other… Thor and I ate breakfast outside. Thor finished his in 30 seconds and then proceeded to drool at the apple I was eating. He just looks and looks until I break and share it. haha! Every single day. 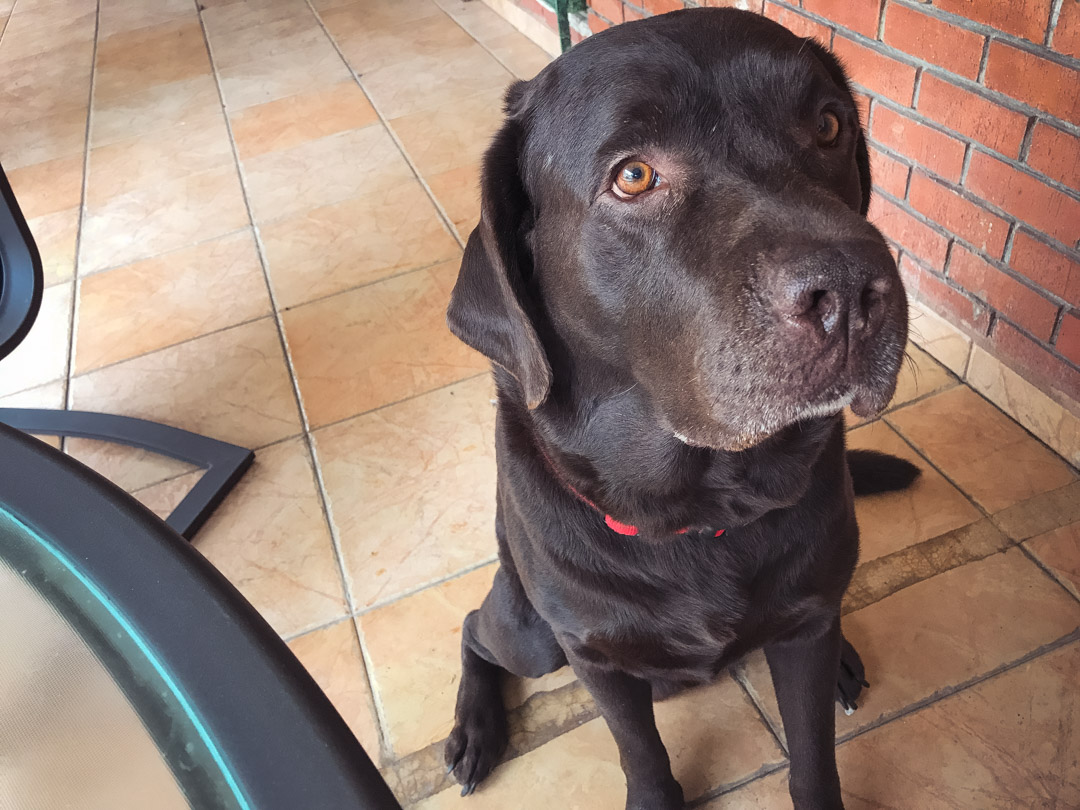 My arm hurt, so I decided to do some floor exercises, a technique called Feldenkrais for relaxation that is very gentle. As soon as I laid down on the floor, this happened. 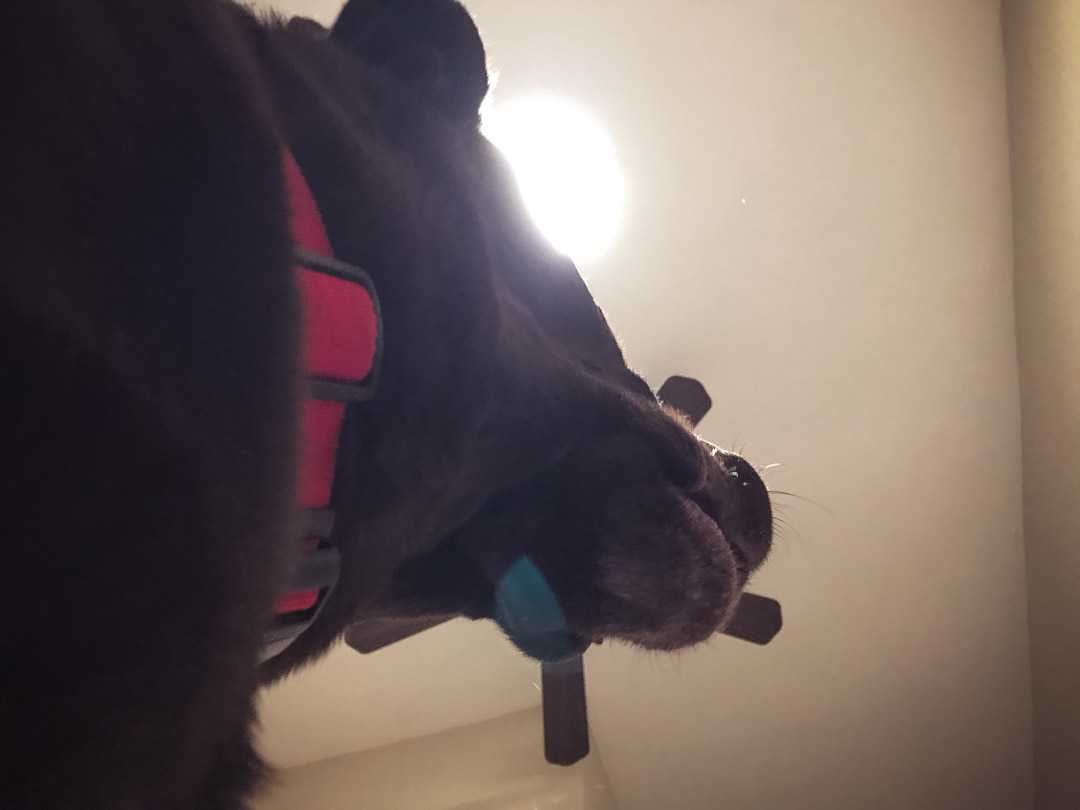 I sometimes feel Thor has separation anxiety. Hahahaha! But this was not relaxing at all, so I told him to go wait a bit farther away. This is how he patiently sat while I did the exercises. 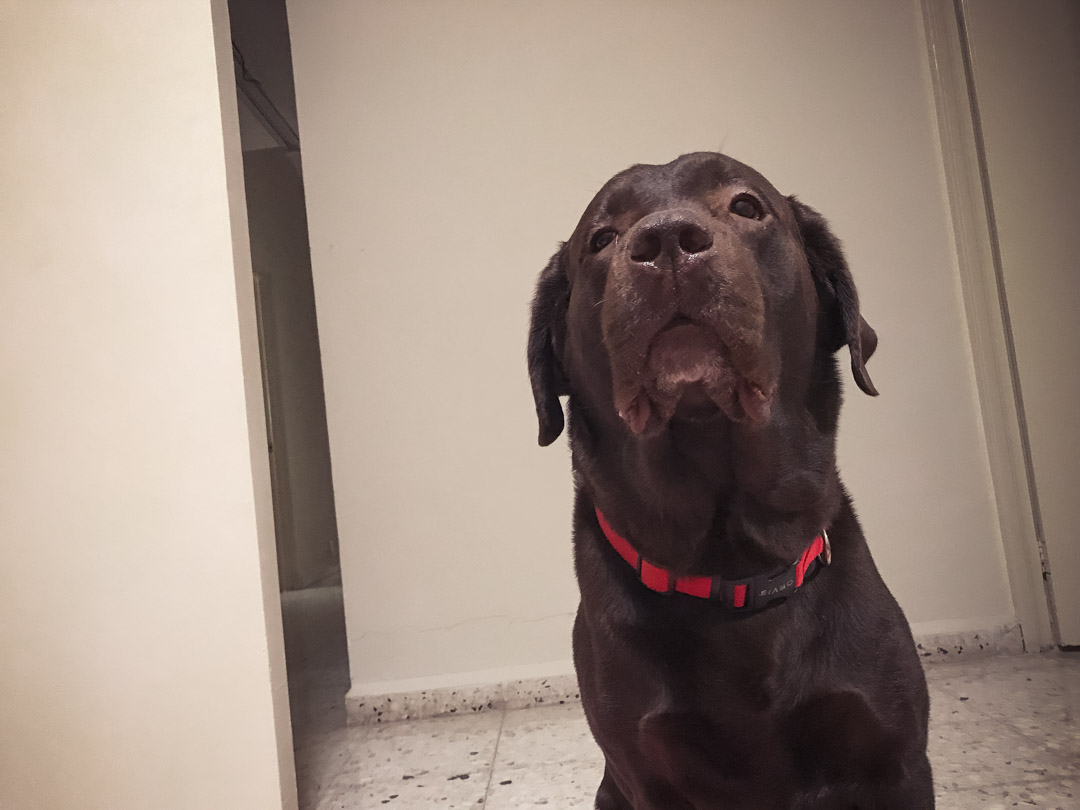 The main focus of the week was physical therapy. I’ve discovered that it’s a great time to listen to podcasts! Especially informative ones. They make me feel that I’m making the most of time. I kinda want to buy an audio book, since I’ll have to go for another 10 sessions, but they are expensive and I’m wondering if could just make do with free podcasts…

Hmm… I also sometimes fall asleep. I don’t think I’d hear the whole book. Haha! One of the cool things about being more comfortable with myself (in general) is that before I’d be terrified of falling asleep in therapy and possibly snoring… Oh, no!!! hahaha! And now? I just proudly announce, “I will likely fall asleep and snore, by the way.” hahaha! And the attendants laugh and say it’s not a problem.

In one of the sessions, I got to wear the heat pads like in this picture below. I felt like a Star Wars character. ;P Not sure why. Maybe the Skywalker white? 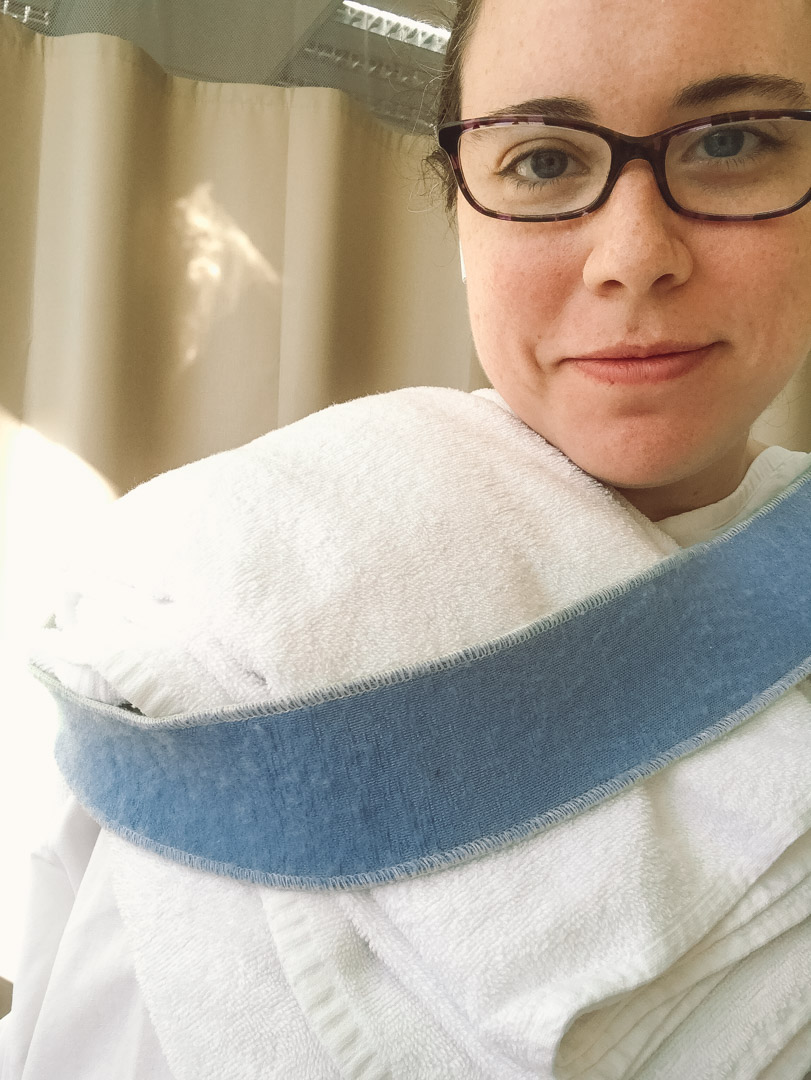 For Twitch streams, I stuck to Life is Strange. Because of the arm, it hurts to play guitar, so I’m trying to avoid it while it gets better! LiS continued to be an incredible game. Super immersive!

We went to a wedding on Saturday and had a great time with friends. I realized that when I go to weddings with live music, I’m always analyzing the singers. Trying to notice all the things my singing teacher points out are signs of things that are done right or wrong. I feel like an American Idol judge, or something. In my mind, at least.

How can I explain Sunday?

Let’s see. We ordered a late lunch. Right before it was delivered, the power went out at our house… And then thanks to social media, we realized that the power had gone out in several areas of the city… and then we learned that the power had gone out in 3 WHOLE STATES in northern Mexico. There was an issue with one of the main lines (or I don’t know what they are called), and we had no power for 5 hours. Our cellphones worked for about 3 hours and then we lost all service completely.

While it was light out, it wasn’t too frustrating. I sat outside and read a book. Once it became night time, I confess I got antsy. It was annoying not to be able to do anything. I had to improvise.

I lit a couple of candles, and then I set a little flashlight underneath my desk lamp, pointing upwards so the light reflected back down. I got my Alphasmart Neo2 ancient word processor that works with batteries and started drafting out this month’s mailing list. 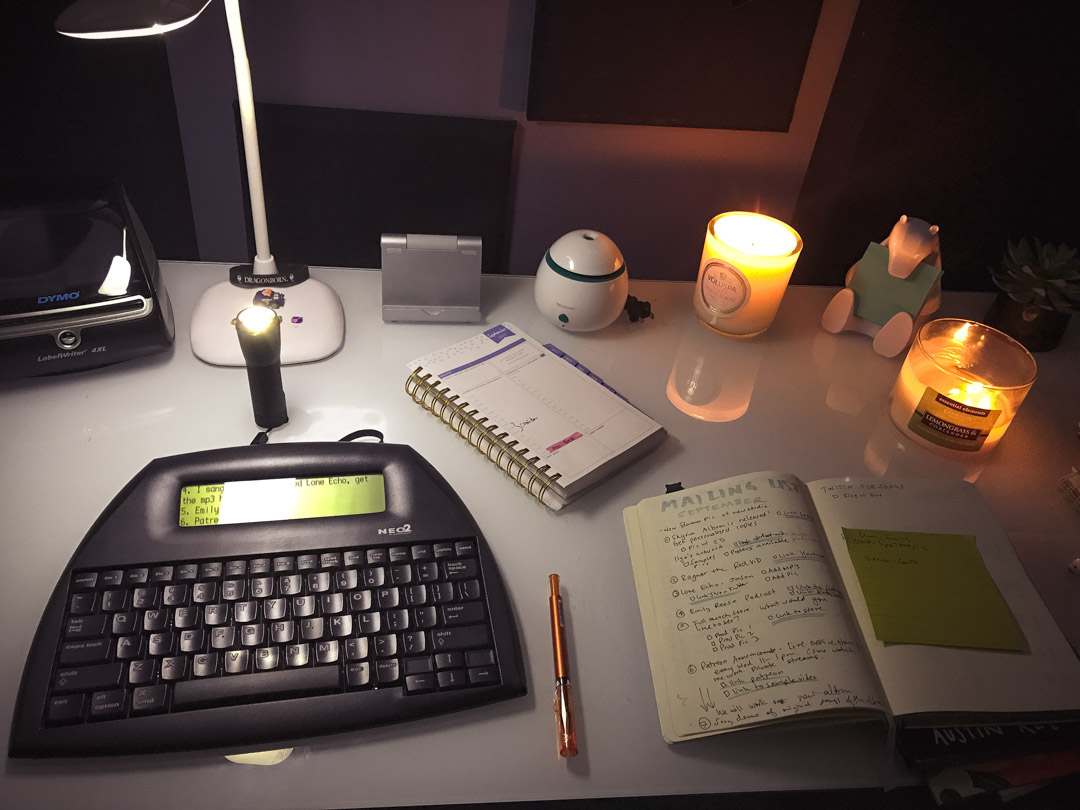 Man, low light is uncomfortableeeeeee. After about an hour like this, my eyes felt strained. I went to get a chandellier that was a recent gift and lit every candle. It was better! 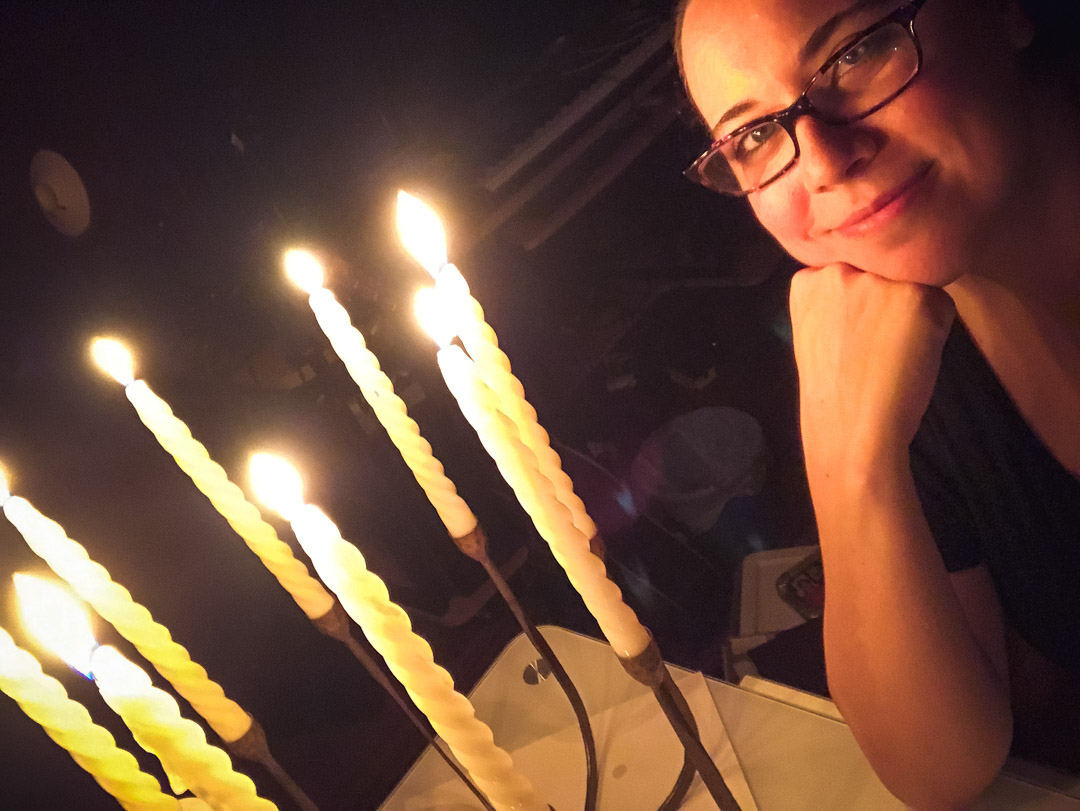 Thankfully, at around 10pm, the power returned. I went around the house turning on every light, just to make up for all the darkness. And then I had to go turn all the lights off. Because that was just silly. Hahaha!

Aaaaand, that was it!

Thank you for reading! 😀
Love from Mexico,
Malu 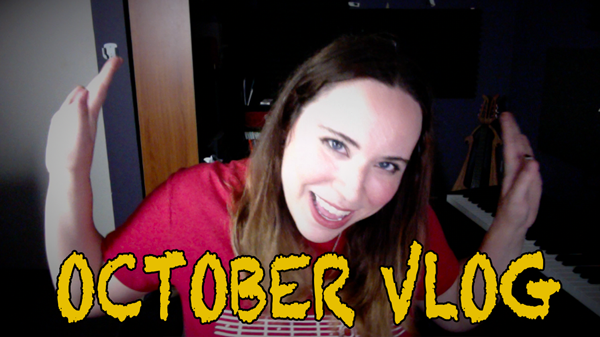 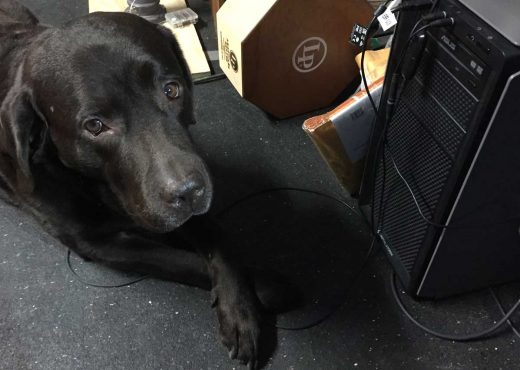 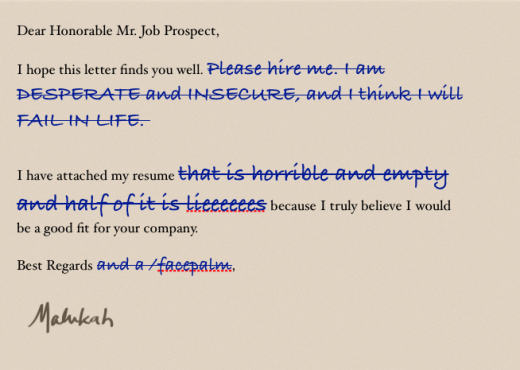