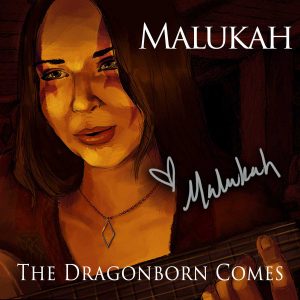 I’ve wanted to release this cover album for years. For one reason or another, it took until now. 2017. Skyrim is 6 years old, yet I still love the game and its soundtrack just as much.

The tracks on this album (except #5) are medleys of music composed by the amazing Jeremy Soule. One of my favorite things about his soundtrack as I made cover after by cover was discovering how the music is so cohesive it can be intertwined seamlessly. It was a treat to make these arrangements.

I wrote Vokul Fen Mah as a fan tribute to the game.

Many, many thanks for the incredible support you have shown for these covers. Thank you for helping me open doors I considered impossible for most of my life. Zenimax Online Studios hired me to compose the music for the bard songs in Elder Scrolls Online because of you. You helped the covers get their attention, and for that, I will always aaaalways love you. <3

Thanks for watching!
Malu