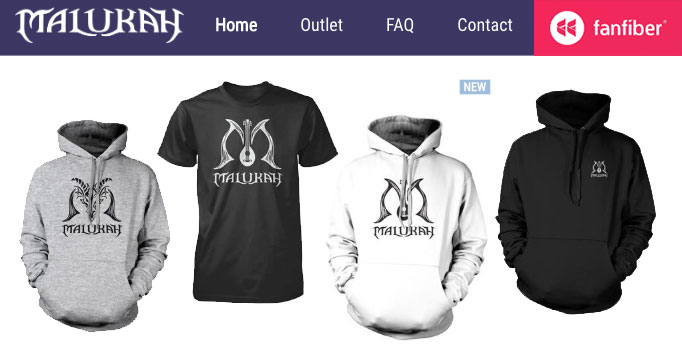 I’m so happy that some of you pointed me to Fanfiber! It’s a merch shop that has distribution centers in many parts of the world.

Which means, better shipping prices for all of us!

Working with Fanfiber to set up the store was fantastic. We’re starting off with 2 products–T-Shirts and Hoodies–and we’ll hopefully be adding more over time.

Here’s a link if you’d like to check it out: http://malukah.fanfiber.com 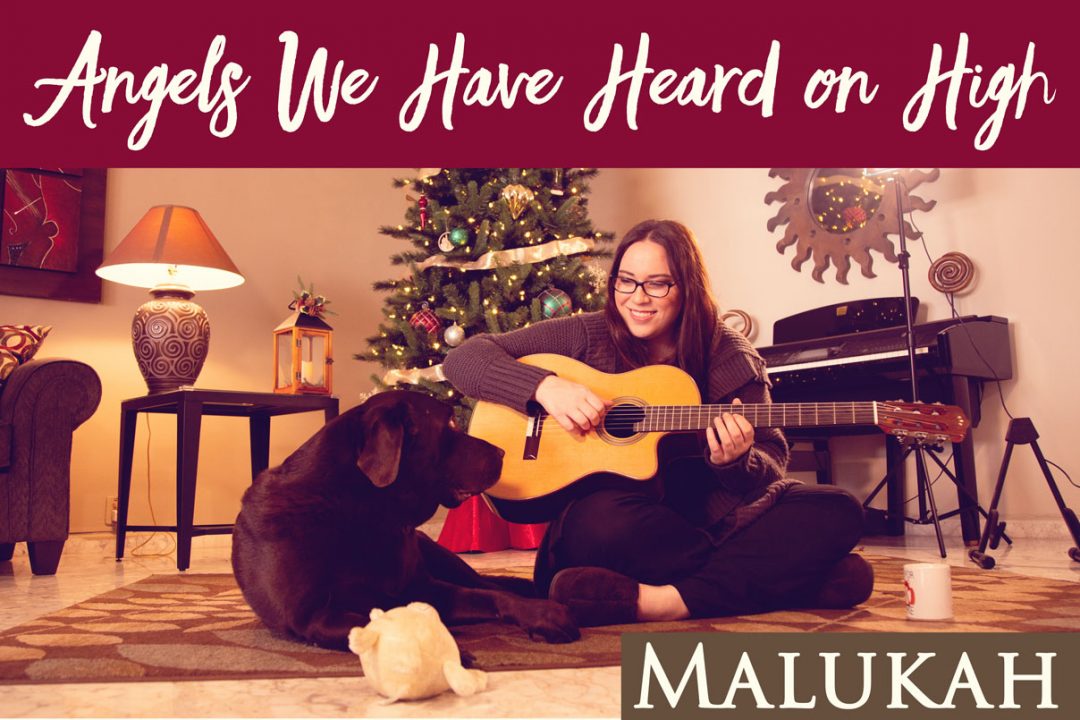 Holiday Cover – Angels We Have Heard on High

I hope you have a wonderful time celebrating the Holiday Season with your friends and family.

I managed to make one final cover for 2019 of a song I love and that gets stuck in my head for days. haha! 😀

Again, the video was filmed by the awesome 24mm. I love the warmth Cristina was able to capture. I also love she was willing to work with Thor. Overall, such an incredibly positive experience.

It was a wonderful way to close out the year!

The song is available to download/stream on iTunes, Spotify, Amazon, Google, Bandcamp, and more. 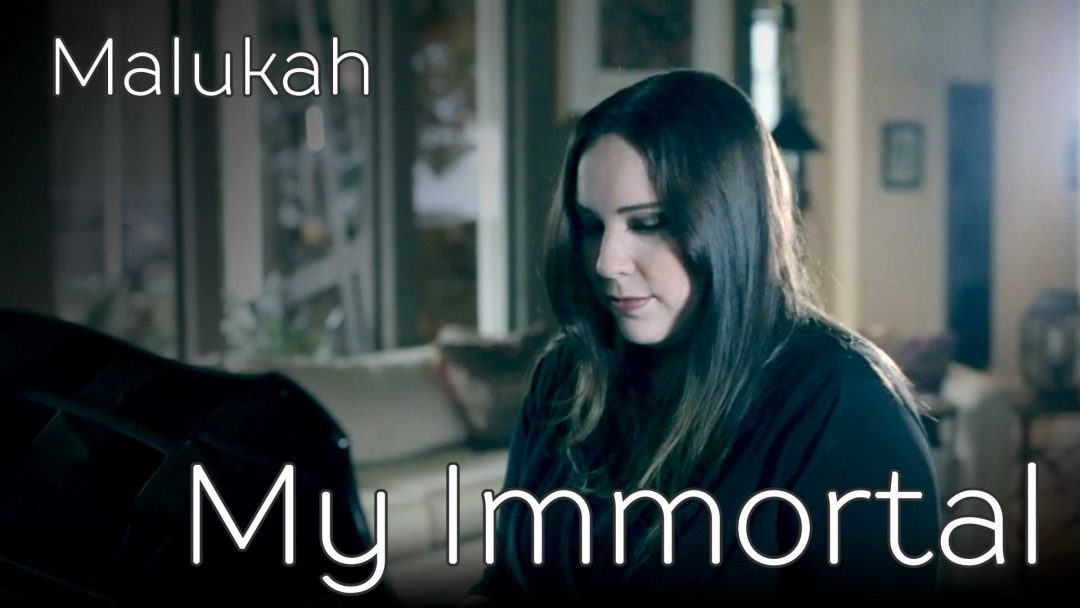 My Immortal by Evanescence has been a frequent request whenever I sing live on Twitch. A couple of months ago, we held a community vote, and this song was chosen as the next cover for YouTube.

Luckily, 24mm was available and my mom let me use her piano. Thor was there, too, of course, snoring throughout the whole shoot. Hehe!

Hope you guys enjoy it! The song is available for download or stream on iTunes, Spotify, Bandcamp, Google, Amazon, and more.

Thank you for watching,
Malukah 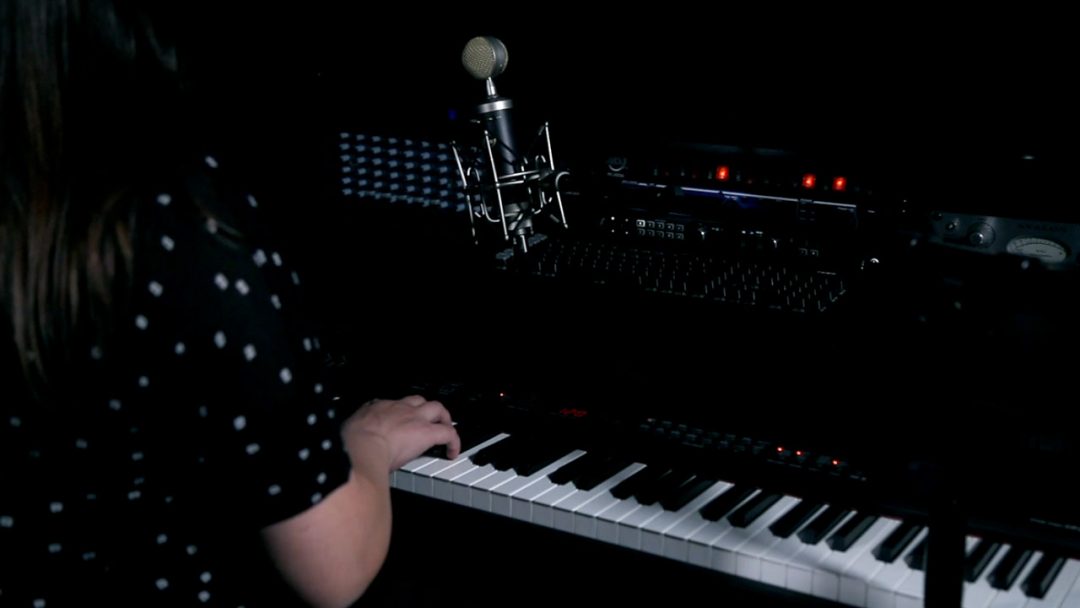 This year has been full of great lessons. I’ve taken risks that have shown me that it’s possible to overcome fears that I once thought were permanent.

I’ve been posting videos on YouTube for the last 7 years. One thing I managed to shy away from was hiring a professional videographer.

A combination of things led me here.

First, I was tired of always filming the same type of video. Front view, facing the camera, multiple windows. I wanted to try something different, but I didn’t have the video skills to venture any further.

Second, I was miserable while editing The Bard’s Song video. I ran into a bunch of technical difficulties and was so stressed through it all.

As I rendered the final version, I thought, “I’m done. I need to hire someone. I don’t care if it’s uncomfortable to have a stranger film me. I need help”

Once the audio for Sinking Ships was done the following month, I tried to backtrack, still overly self-conscious.

I could do this myself. I just needed to think outside the box. 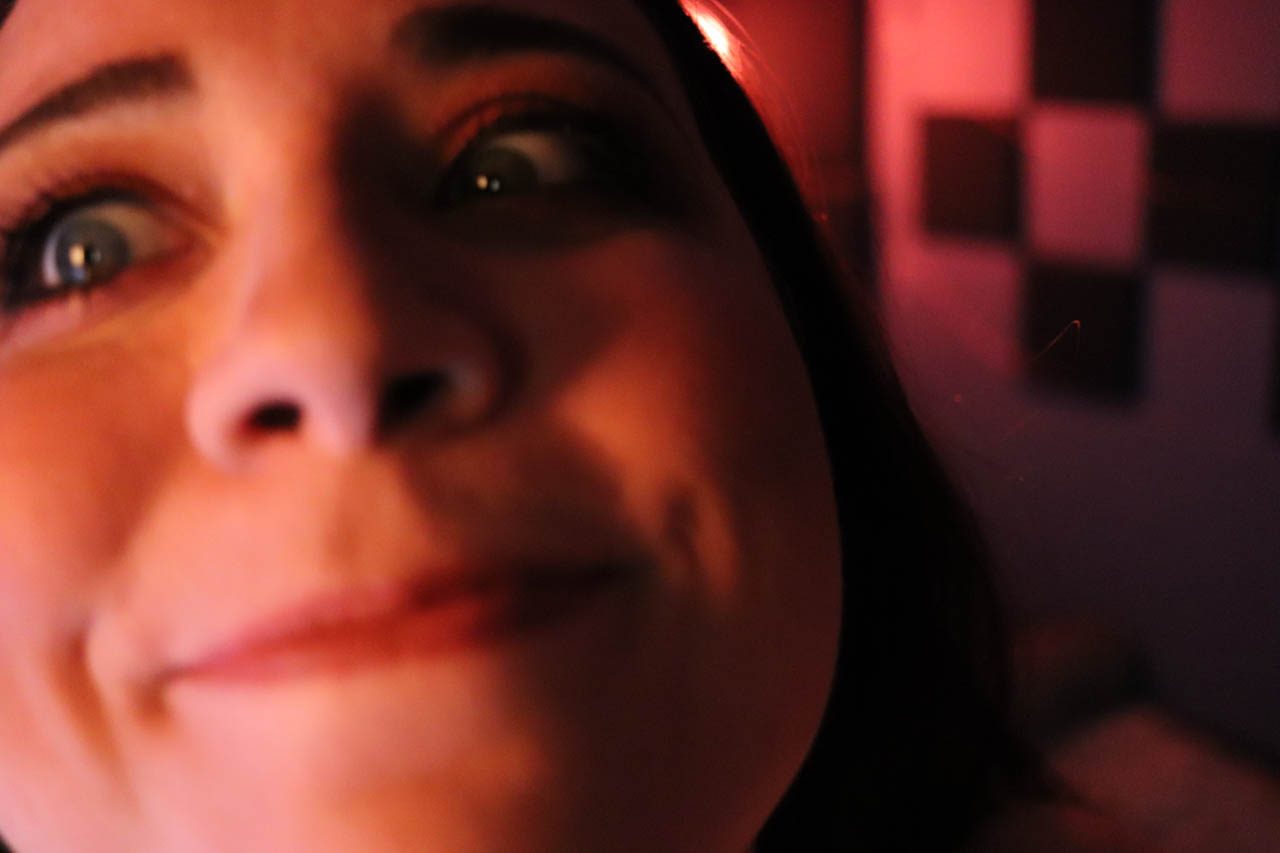 Yes, yes. I can do everything myself perfectly.

My revolutionary “this-is-a-new-chapter-of-my-life” idea was to film from a tiny bit to the side instead of front. And… gasp: I wouldn’t be looking at the camera.

Wild, right? Here’s the test I did. 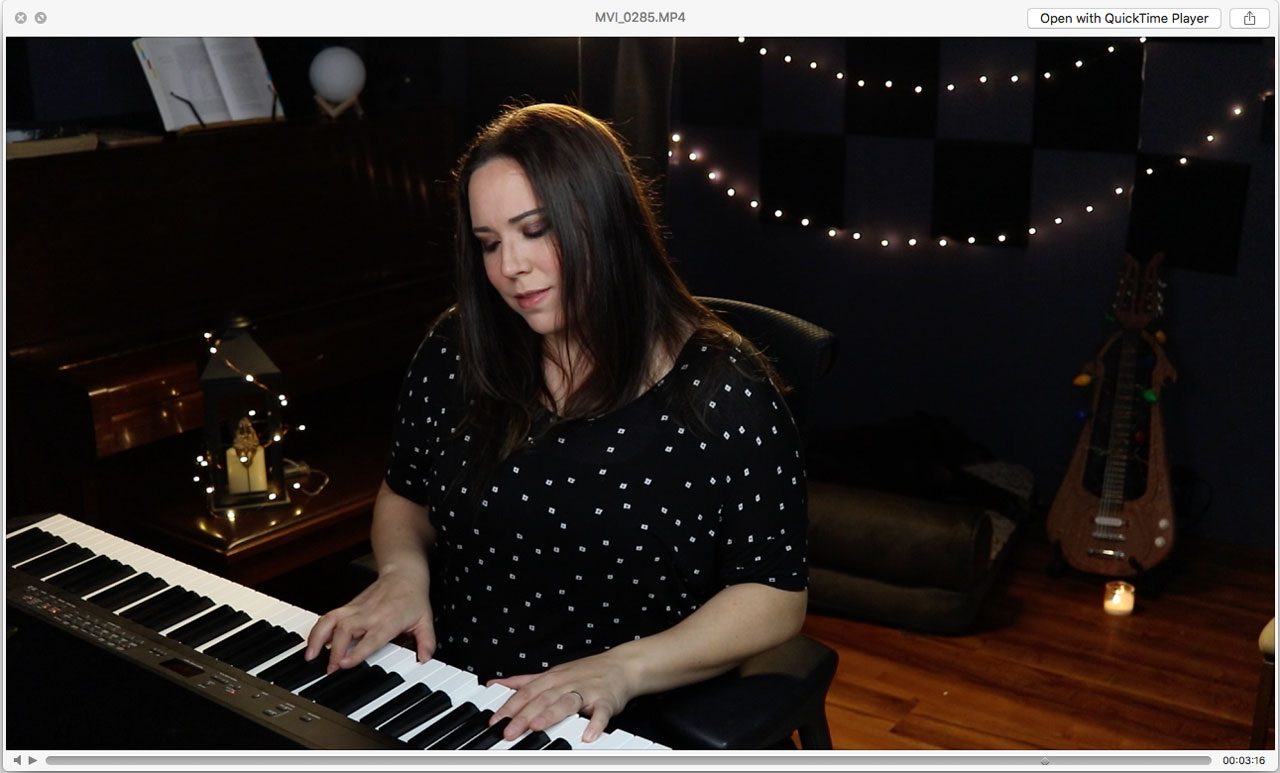 It’s not terrible, but it doesn’t match for the song. After filming the video, I realized it was more of the same.

Luckily, a friend of my mom’s had highly recommended someone she knew. Nervous, I made the call.

I met with Cristina from 24milímetros and shared the song and my video idea.

We filmed this first. 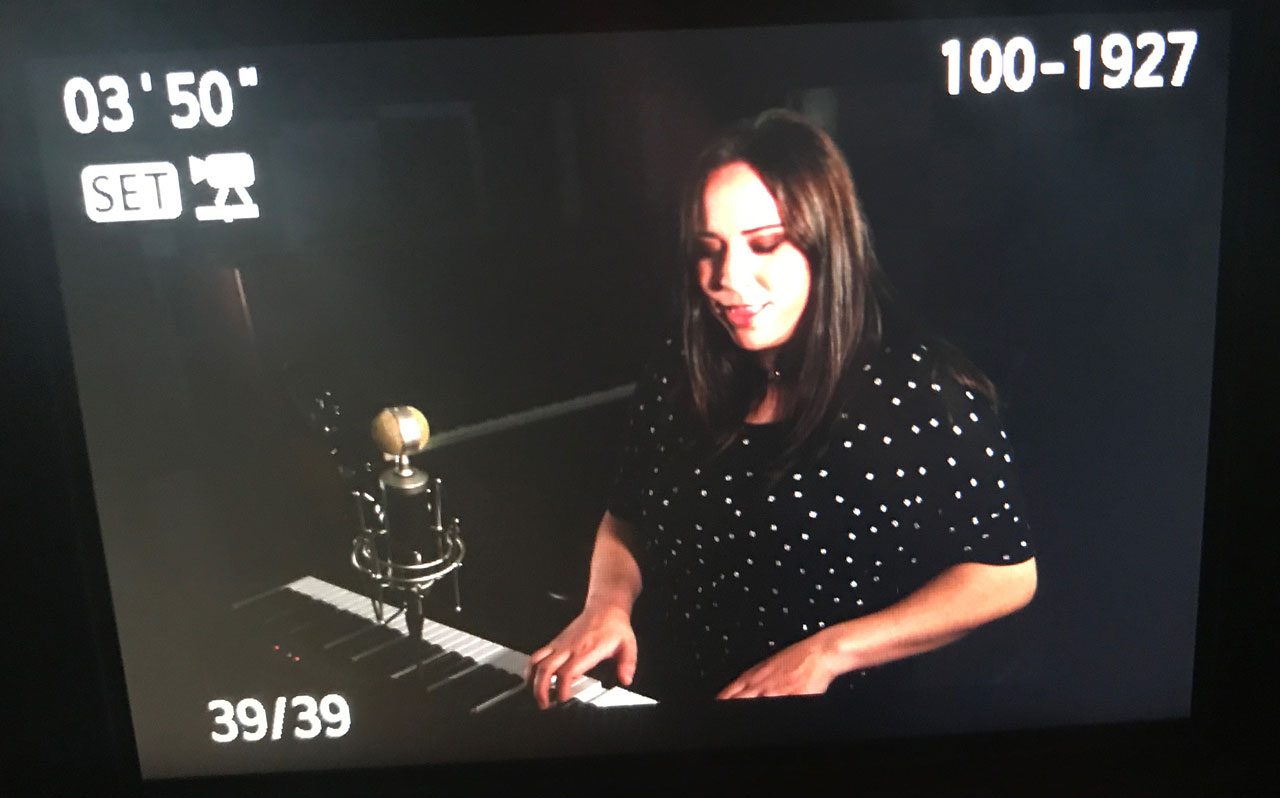 After watching Cristina work so deftly, I let go of my control freakiness and told her to try any ideas she thought would work.

We filmed from a side angle that I thought impossible for myself (I’ve never liked side pics), and she somehow made it look flattering, haunting and perfect for the song. 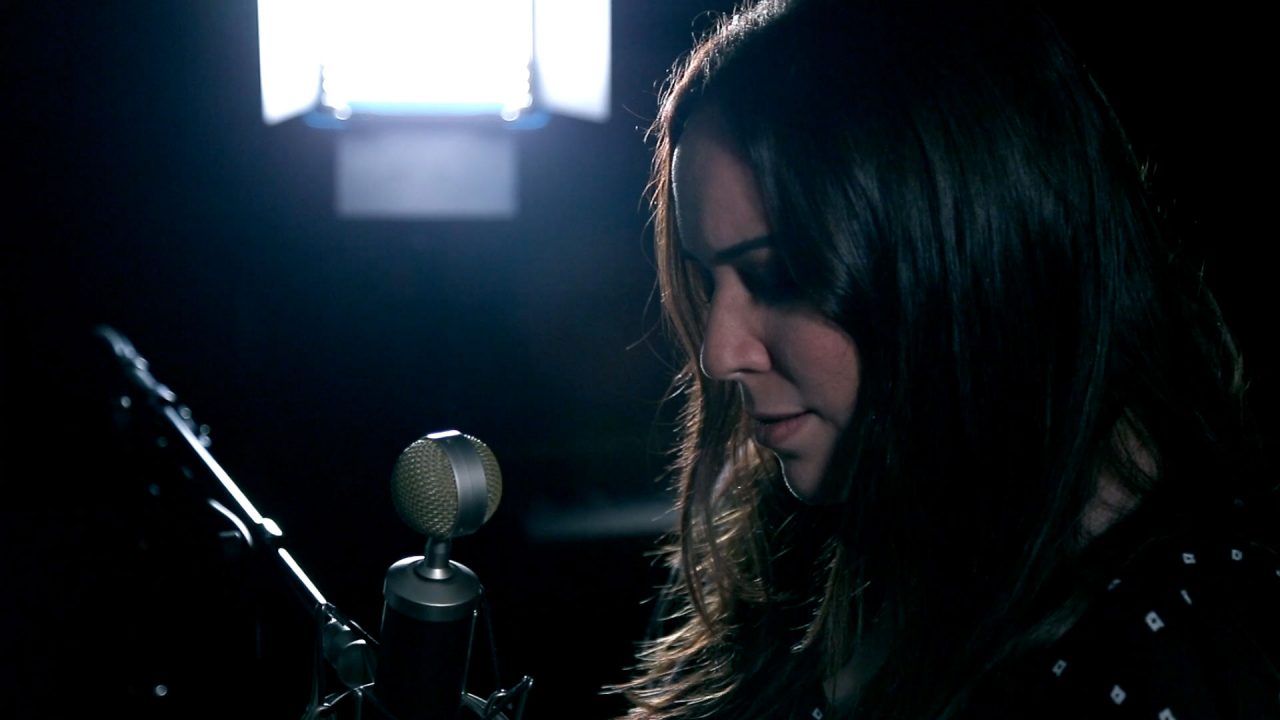 I’ve also always hated close ups… and check this out… Isn’t it nice? 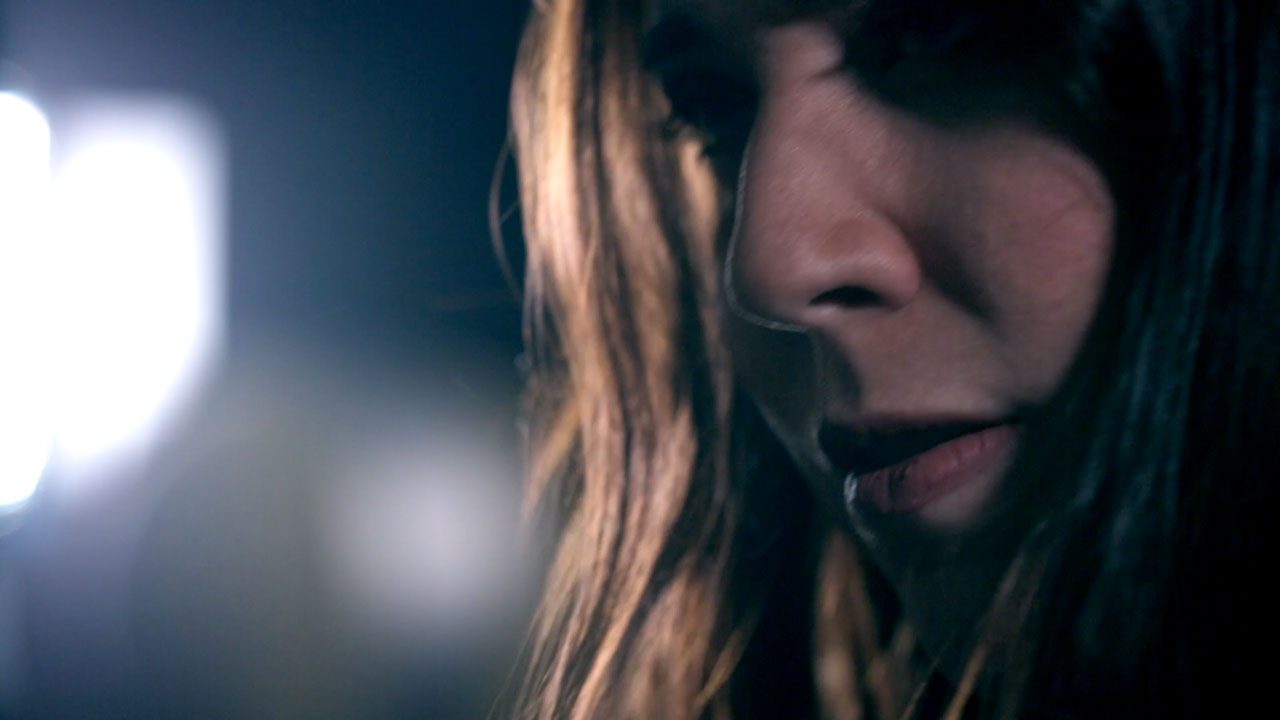 In the end, it was her video concept we went with. I absolutely love, love how it turned out and can honestly say I enjoyed the experience. Not once did I feel uncomfortable.

It can be scary to give up control, but this opportunity taught me that each of us has our strengths. Mine is music, and now I found a powerhouse of video to complement it. 😀

It’s a breath of fresh air. And a rush of new possibilities for future videos.

I feel very inspired and motivated.

Thank you, Cristina and 24milímetros.

And thank you all for your beautiful comments on YouTube. Thanks for helping me continue to grow as a musician and human being. 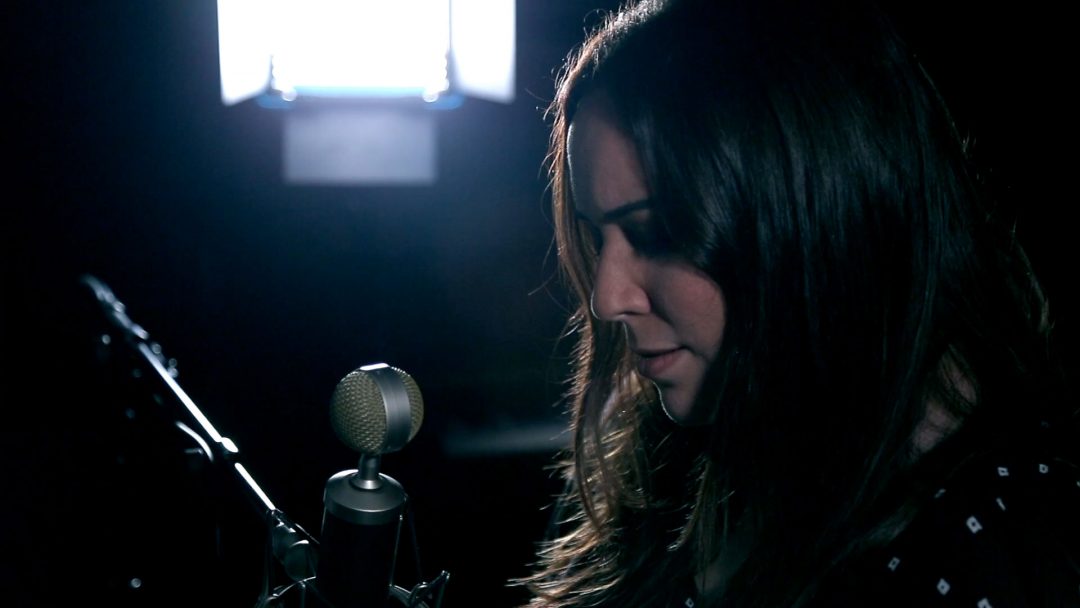 I’m suuuper excited to share a new cover of Sinking Ships. It’s a song that I’ve loved since my friend Tommy introduced me to the band Trees of Eternity a couple of years ago.

I had the amazing fortune of working with 24milímetros on this. I absolutely love their concept for the video.

The song is available now! Buy or stream here:

PS: Thank you, my Patrons, for the support that financed this video. <3